Why good business idea isn't about the product, but about changing behavior


We, humans, aren't rational beings. Our acts are heavily driven by biases and heuristics. The challenge of new business is how to convince them to move on from their existing behavior to new behavior.

Take the example of QWERTY keyboard layout that we are using worldwide, it isn't the most convenient layout, and many experts have tried to propose with more finger-friendly keyboard layouts. However, the problem is that the new keyboard layouts proposed are just incrementally better, not way better. People are not willing to switch from their existing habit of using QWERTY to the new layout just because it's just a little bit more convenient. That's why the new layouts proposed failed. The products were good. But considering the odds of people changing their habit to use the new keyboard, it failed.

Good business idea should be able to change people's behavior. It's a litmus test that any entrepreneurs should ask.

You are creating the next Facebook? What are the reasons why people should switch their existing habit of using Facebook to use your social media? Changing habit is a pain to people. 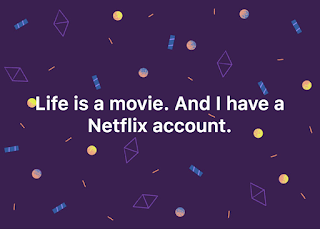 Life is a movie. And I have a Netflix account. 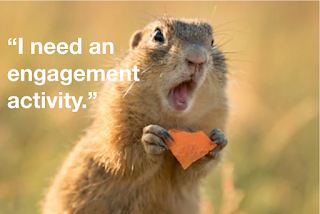 "Engagement" - the term to bullshit our way through the industry